Gizzi Erskine certainly brings a rock n roll energy to the world of cooking. She’s a classically trained chef, written numerous books, been a TV presenter, opened restaurants and has launched a super cool podcast with her pal Sydney called Sex & Lies & DM slides, definitely one for lockdown ears people! We adore her positive energy and lust for music and how she channels that through her style.

Her complete love for her mates makes us long to be one and her no nonsense approach to her career would give anyone a kick up the proverbial to go chase their dreams. She takes no prisoners and we’re here for it. She's our Queen of taste. 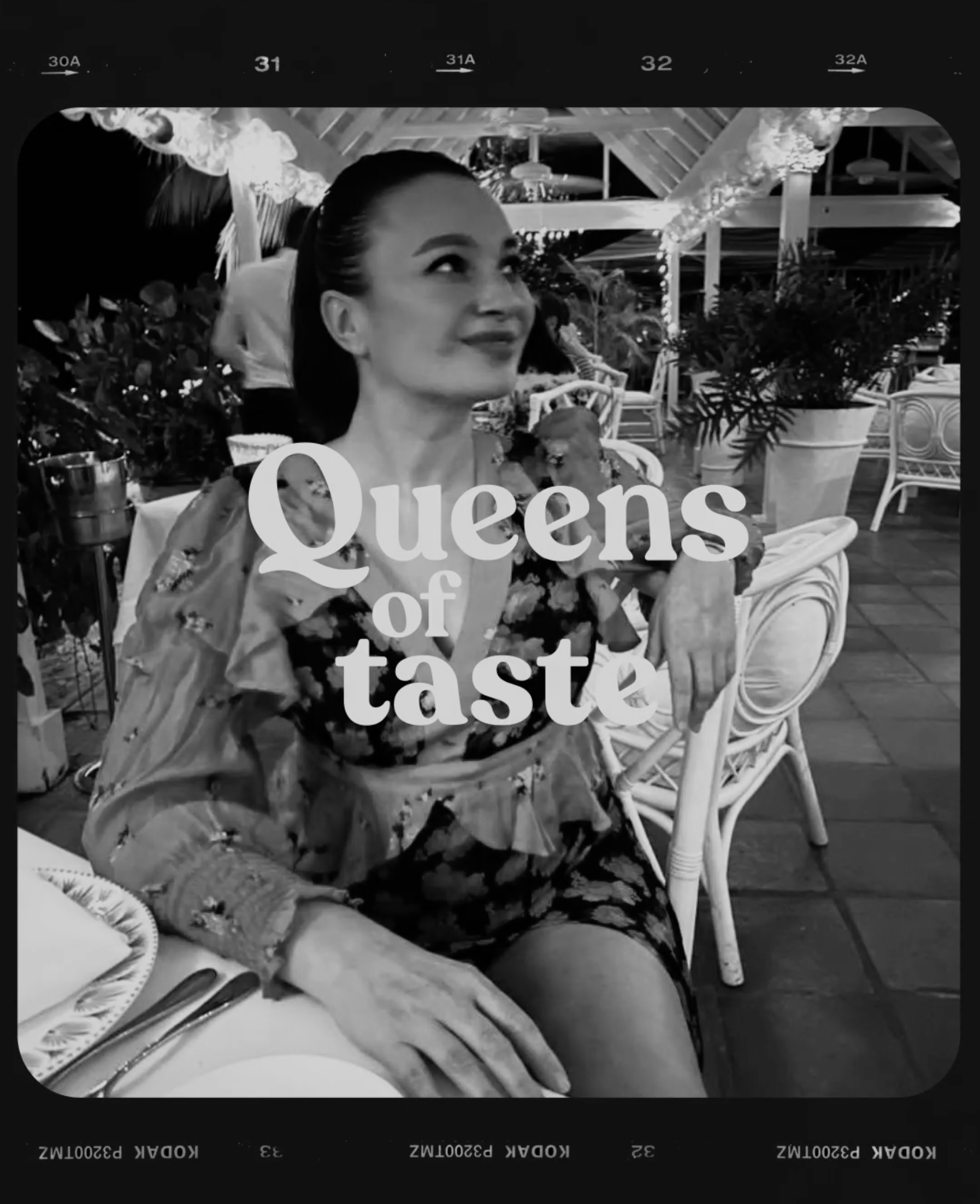 Your style used to be heavily influenced by subcultures as you were growing up, from punk to psychobilly to rockabilly then to the 60's garage punk scene, do you think music very much influences people's personal evolution in fashion? If so what era is your favourite for both music & fashion and why?

There is no doubt it does. I met my people through sub cultures, I feel at home within them. I was into death metal, glam rock and punk, but I guess my heart really stayed in psychobilly and 60s garage and psych. So, I guess that’s the look that stuck. Some music dweeb who was as obsessed with the Sonics as much as they were the Fall or the Cramps, but knew Demented are Go and the Klingonz. It’s still a huge pride thing. I know how much our scene influenced London. Even at the ripe old age of 41, I see things influenced by the music that I loved... I was at the Michael Clarke exhibition at the Barbican last weekend and there’s a scene where the punks, skins, suede heads and club kids are all together at the old axe strip club on Hackney road back in the early 90s and I knew loads of people in it. I used to do the door of the Wag when I was a teenager and I know loads of London faces from all the scenes that went dancing there and it’s like having a pass to a special club. Going to the Slimelight, the Astoria, Gossips or the Wag were a right of passage for many subcultures and it showed diversity, creativity, hedonism and passion. As I got older I got more into Garage so the 60’s look really stuck for the longest. These are all still my mates and I’m buzzing reminiscing. I wish the kids had something like this now.

Your super cool vintage style of beehive, liner, mini dresses & flats made you instantly recognisably, looking back now do you think it may have overshadowed how god damn talented you were in your line of work of being a classically trained chef, a recognised food writer, Sunday Times columnist and a TV presenter? Can't it be equally important to have taste in style and a successful career?

It’s actually been more of a hindrance than a help. Before all of these things I’m a classically trained chef, I’ve worked my arse off in kitchens and been doing pop up restaurants and food businesses for over 15 years. People saw me and saw a gimmick. Like a 50s housewife and like it was a look that went with being a domestic goddess with food. Let’s not forget that there were few women who were “actual” chefs and not food writers when I first did TV. My look may have got me some jobs, but it was far from the perception I wanted or had worked so hard to not be. I was one of the guys at work and my look was...IS, authentically about my love of music and a music drenched in hedonism and drug culture at that. Far from the way people were perceiving me. I have spent years proving my value as a chef. There is no denying that me shedding the hive got me more respect in my industry and it’s mad that something so trivial has contributed so massively in my career, but at around the same time I really went out to prove I was good and went into business and opening several food halls and restaurants and maybe there was something cathartic and powerful about me shedding it too. I still wear the hive every so often and I love dressing up for events, but I just don’t have the time to look like I did. As I’ve matured I feel really comfortable in a more glam 70s look and your brand personifies that kind of elegance.

During lockdown you opened a restaurant (well in Feb but still ), wrote a book and began a podcast on sex ( which is the funniest and most informative podcast!) Ruby Wax & Lily Allen have been particular favourites. When do you find time to chill?

Ha. I actually opened two restaurants (the nitery got rave reviews but only lasted 6 weeks and was closed due to Covid, Giz’n’Greens has been a smash). I love what I do and I have ADHD. Nothing beats the satisfaction I get from work. Plus I get to be a chef, a cookery writer, a podcast host and a business woman so I’m never bored. I’m so spoiled because of what I do. I guess I got to really reinvest in myself in lockdown. I got to cook like a real person and eat spaghetti everyday and not what I “had “ to cook for work, which was superb. I live for holidays the only genuine way that I can zone out is by the sun beating down on my body. It’s the most zen you’ll find me.  While it has stopped holidays for me and I do like to take 3 weeks in a row off once a year to fully recharge, but right at this moment, while everything is so devastating environmentally, agriculturally, politically, economically and socially fucked, it’s the least of my worries.

You've said you're a tomboy but you wear dresses which in itself is a glorious oxymoron, we feel our dresses are for all Queens including the ones who are not 'dress' people, do you think there is pressure around women having to conform as to what people think they are rather than who they are?

I am most definitely a Tom boy. I’m so boyish and really on that spectrum of female gender, while still being very feminine, straight and loving beautiful clothes, pink and kittens, I am still a lad at heart. I talk like a sailor, love butchery not baking, drink and eat most men under the table, but I have never let this bother me. If anything that side of me has got me further. I’ve never identified within an oppressed female state of mind. I’ve always felt equality because my mother is brilliant and I never knew anything else.

What is a Queen in your eyes?

A powerhouse who Respectfully commands their audience.

Who are the most inspirational badass Queens in your life and why are they so?

My mum because she grew three powerful step minded women out of obscurity, my sisters Heni and Cora, for both being the best creative working mums, Rose Dougall (the singer, but sidekick in all things in life) because she manages to keep up with my career and still be a pop star, my manager Severine (who owns the Mutha Ship) For ruling the ship that runs my life and other powerful women in the arts and Sydney Lima, my co-presenter for her intelligence and how she uses it with a face of an “actual” angel.