Literally a force to be reckoned with, Sarah Sophie has blown us away with her grace , beauty and down right badass energy. Firstly intrigued by her style she continued to reveal layer upon layer of talent, activism, heart & soul. All of us could take a leaf out of her book.  A working mother who believes the  world she lives in is worth fighting for. A devoted leader with immeasurable willingness and determination while still looking cool AF !  She granted us some time to get in tune with her magical wizardry and insightful outlook into the “Queens of her world”  Sarah Sophie, we salute you, together we rise,  our Queen of activism. 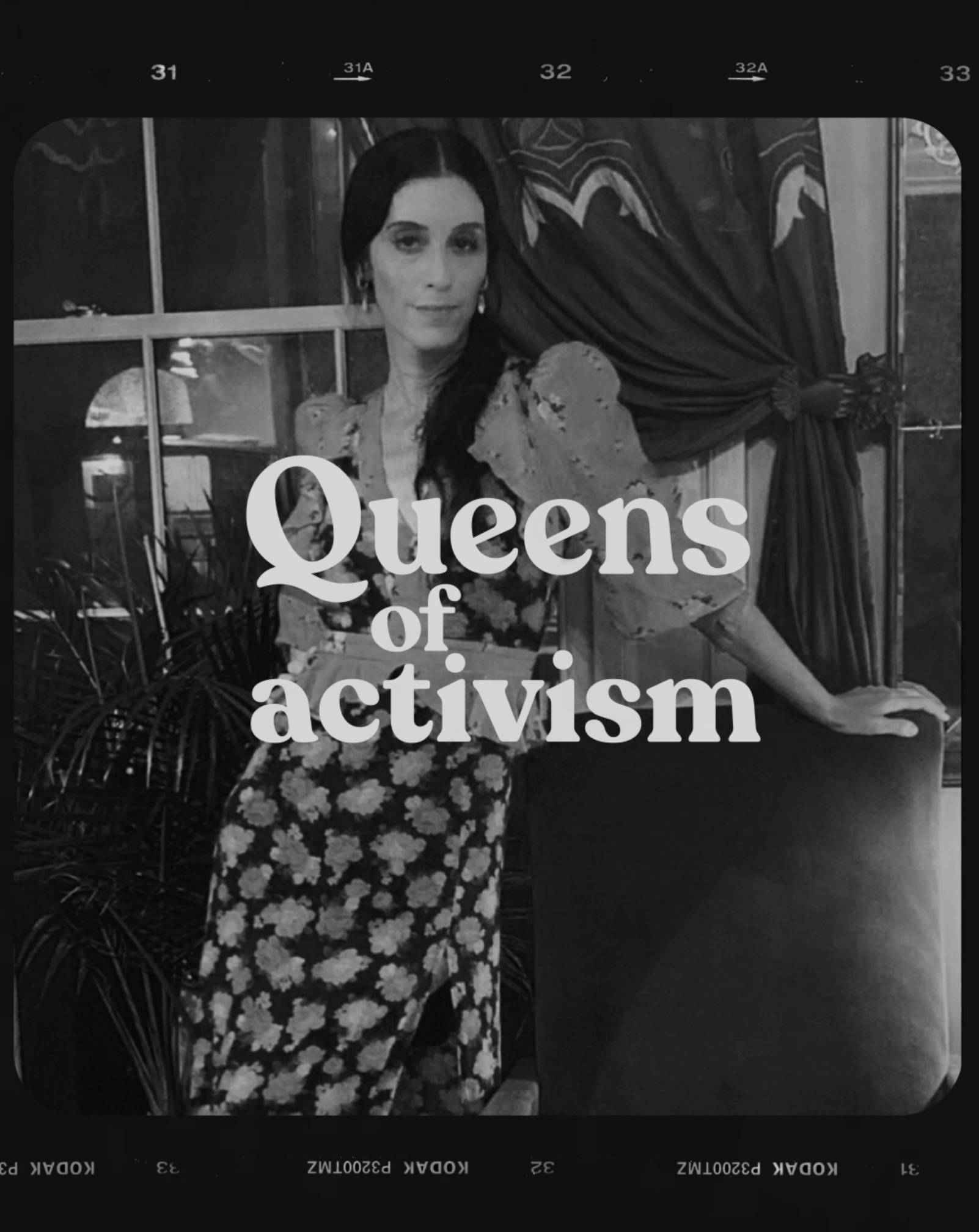 Where and how did you activism start?

It's hard to say. My parents are both very political and have worked in voting rights, immigrant and refugee rights, civil rights etc. Because of this, I can't remember a clear start. I think my personal activism kicked into high gear when I was a teen living in San Francisco. I think that was the point where it felt seperate from parents, something that felt like it was my path.  It was at the tail end of the AIDS crisis when a lot of people were dying, right before they cracked the drug cocktail that now helps so many people. I had a lot of friends die in the late 90's. I became active with ACT UP and learned a lot from them regarding creative resistance and strategy. I also became active in gender justice and reproductive justice going to Mills College (an all women's college that is VERY feminist).

What advice would you give any Queens looking to take a stand today?

Get in where you fit in! I love the line from Diane di Prima's poem, Revolutionary Letter #8: " NO ONE WAY WORKS, it will take all of us shoving at the thing from all sides to bring it down". Activism can feel intimidating, but we all have special and unique skills that are needed. I think it's important to remember that, if you are new to activism or want to show up for communities outside your own, just showing up and listening is powerful. Try to remember that the people closest to the pain are always closest to the solution, so show up, listen and be led by those most affected. Ask what folks need help with and google questions you might have so as not to overly tax those on the frontlines. Mariame Kaba has a set of questions that I revisit all the time, I think it's a good litmus for getting involved in productive ways: Questions I regularly ask myself when I'm outraged about injustice:

1. What resources exist so I can better educate myself?

2. Who's already doing work around this injustice?

3. Do I have the capacity to offer concrete support & help to them?

4. How can I be constructive?

What makes a Queen in your eyes?

Humility, Curiosity, Vulnerability, Willingness to be uncomfortable, High Impact/Low Ego... things like that. Sometimes I think that feminism gets misunderstood as a praxis in emulating behavior that is coded as uber masculine. We get told to take up space, never apologize, be courageous, be loud etc etc... I worry, especially as a really privileged, cis, white woman, that these are not qualities that I should inhabit or that I should only encourage in my daughter ( I have two sons too and I certainly would not encourage this behavior in them either!). I think the qualities that are often labeled "feminine" such as listening, vulnerability, collaboration, softness, humility... are seen as frivolous or weak. That couldn't be further from the truth. Look around at the injustices and violence in the world, they are brought to us by an inability to compromise and communicate and a tremendous lack of empathy. So, a Queen is someone who willingly moves in the world in a vulnerable and open way.

Who's you most inspirational Queen?

Gosh I have so many. All the tremendous people I have worked with over the years. I was thinking about the last 5 or so years and how powerful and hard they've been, it struck me that 98% of the people I've been doing the work with are women, femmes and non-binary folks. They are all the Queens of my world. They have been tirelessly on the frontlines of the horrors. I'm so grateful for all of them.